Singapore’s world-famous Changi Airport is taking the lead in rethinking and refining the airport experience.

Singapore is often mentioned in reports about the biggest and the best, and its airport is no exception. Investment in modern airport technology facilitates smoother boarding and hassle-free bag drop, with Changi being one of the most customer focused and connected airports in the world.

While airports are usually just a stop-point on the way to somewhere else, Changi Airport has been constantly reinventing itself as a destination in its own right, complete with indoor gardens, a rooftop swimming pool and on-site movie theatres. The airport’s future plans will cement its reputation as a top travel hub, which in a few years’ time will boast the world’s tallest indoor waterfall.

Bagging more than 500 accolades, Changi has come a long way since its humble beginnings in 1981, when Terminal 1 first opened. In a short span of seven years since Changi’s opening, Terminal 1 received its first recognition as the world’s best airport from Business Traveller (UK) in 1988. More recently, Changi has been voted by air travellers as Skytrax World’s Best Airport for three consecutive years.

At Changi, passengers can rest and recharge. The airport hosts many napping areas, while those preferring to relax in nature will be spoilt for choice. Maintaining Singapore’s reputation as the “garden city,” the airport houses five thematic gardens. Passengers can get up close with beautiful butterflies at the Butterfly Garden; stroll through the open-air rooftop Cactus and Sunflower Gardens; relax at the Enchanted Garden or watch the koi fish swim at the Orchid Garden.

With over 350 retail & services outlets and 160 food & beverage outlets, Changi has long been one of Singapore’s best places for shopping and dining. Recently, luxury retailer DFS Group unveiled a spectacular new wines and spirits flag- ship duplex store – the first

of its kind in the world – at Changi’s Terminal 3. At 11,400 square feet across two floors, the store is DFS Group’s largest single retail space for wines, spirits and tobacco. Amongst the store’s innovative features is the Raffles Long Bar, a collaboration with Singapore’s famous Raffles Hotel, which serves the original Singapore Sling, a gin-based cocktail.

Changi offers non-stop entertainment. Not only can passengers enjoy the latest movie screenings at Changi’s free movie theatres, but also preserve their Changi memories by visiting The Social Tree, the largest interactive installation at Changi, where they can take photos using the kiosks, upload them to form part of the display as well as sharing photos and videos on their social networking profiles.

Transiting passengers with more than 5.5 hours transit time can benefit from a complimentary sightseeing tour of the city- state. The two-hour tour offers a brief insight into Singapore’s multicultural society and a chance to see the city’s must- visit locations. The Heritage Tour runs seven times during the day, while the night-tour City Lights is offered twice daily.

The 5th busiest international airport today, Changi is a major air hub in Asia, providing passengers seamless connections to some 300 cities in about 70 countries worldwide. Just last year, 54.1 million passengers travelled through the airport’s terminals, roughly 10 times the size of Singapore’s population and a record number in the airport’s 34 year-old history.

Changi is a key gateway to Southeast Asia, with direct flights to all nine of Singapore’s ASEAN neighbours. In Indonesia, the airport serves 12 cities including hidden gems such as Makassar, Lombok and Jogjakarta. From Changi, passengers can also enjoy unparalleled access to other fast-rising travel destinations in Vietnam, the Philippines and Cambodia. Changi is also a prime choice for travellers heading to the Southwest Pacific, with 10 airlines operating more than 230 weekly one-way flights to eight Australian cities and to two destinations in New Zealand.

At the Forefront of Growth

In charting the airport’s future, Changi continues to set new standards for aviation excellence with creative solutions and signature projects that will redefine air travel for generations to come. Among the future developments is a mixed-use complex named “Jewel” which will sprout in a space between the existing terminals, featuring retail, leisure and entertainments offerings in addition to a hotel. Encased in a glass and steel dome, one of “Jewel’s” key attractions will be the Forest Valley, a huge five-storey garden filled with thousands of trees, plants, ferns and shrubs. The centerpiece of the complex will be the Rain Vortex, a breathtaking 40-metre high indoor waterfall set to become the world’s tallest of its kind. When the complex opens in 2018, Changi will look a very different place: it will not only be a gateway for flights but a destination allowing travellers to really get a flavour of what Singapore is all about.

To find out more about Singapore Changi Airport, visit changiairport.com 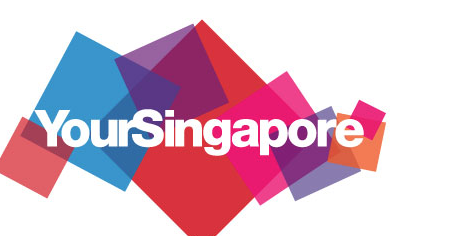