Skip to content
The Art of Reprogramming the Immune System

Micro-immunotherapy can be used as supportive therapy for diseases which are the consequence of an imbalance in the immune system and has far fewer side effects than other treatments, explains Ian Wilders, Labo’Life’s Group CEO.

Could you please start by explaining the science behind micro-immunotherapy and immunomodulation?

The technology is grounded in bio-mimetics, which is the imitation of the models, systems and elements of nature. We at Labo’Life have made it our business to closely study the dynamics of immune system response and to understand which specific proteins come into play to coordinate the cellular reactions that keep an individual in a state of healthiness by staving off disease.

Basically, a person’s immune system is made up of many types of cells that communicate with one another using hormones, cytokines, growth factors and neurotransmitters. Through this communication and exchange of information, our body is able to defend itself against potential aggressors including viruses, bacteria, fungi, toxins or tumour cells, and perform their functions correctly. Micro-immunotherapy is all about modulating this immune response, when it is deficient, in the sense of adjusting and altering it to the requisite level needed to enable the body to recover or maintain its adequate function.

Labo’Life is able to achieve this by deploying exactly the same substances as the immune system, which we are able to engineer and produce through biotechnology, with a view to eliciting that re-adjusted immune response.

So this style of therapy effectively entails participation in a dynamic system?

Absolutely. The immune system follows a certain chronology. It is a dialogue that occurs naturally and in perfect harmony, and enables the body to be unrelenting towards damaging agents yet simultaneously tolerant towards elements that make up our tissues, or that are beneficial for us, such as intestinal flora. So as to be able to successfully trigger the type of bodily response mechanism that we are seeking, we have to proactively engage with and shape that dialogue.

For which forms of disease is micro-immunotherapy considered most effective?

It is worth noting that the great majority of diseases are related to immune system dysfunctions. Micro-immunotherapy can be a major ally both in fighting acute and chronic disorders, including viral, bacterial or parasite infections, allergies, as well as diseases associated with stress and the aging process. It can equally be successfully deployed to counteract inflammation and autoimmune diseases such as when the immune system mistakenly attacks its own tissue, or cancers where it proves unable to keep the multiplication of tumour cells under control.

Classical immunotherapy often tries to supplement or replace a patient’s own immune system to tackle a condition, usually in concentrations that trigger significant side-effects. Micro-immunotherapy is a side branch of this therapeutic approach that strives to harness the immune system to perform in a certain way, but crucially reducing side effects thanks to its low or ultra-low dosage. This means that micro-immunotherapy can be easily integrated into a broader therapeutic strategy adapted to the patient and that its characteristics make it well tolerated and compatible with other therapies.

This tolerance profile is surely very opportune in an era when ‘adverse drug reaction’ is reaching crisis proportions and has become the 4th largest cause of mortality in the United States?

Micro-immunotherapy, as a field, is very much in line with growing trends for a more personalised approach to healthcare using medicines with far fewer side effects. It is important to note that the rising demand for this style of therapy is very much coming from the bottom-up, in other words direct from the patients themselves.

Patients, as consumers, are becoming much more assertive and demanding in terms of their expectations. Nowadays they are seeking choices that simply weren’t available in the past. In the same way as they now tend to opt to car share, go zero waste or eat vegan, they are calling for sustainable medicines. They prefer therapies that, as far as possible, don’t damage the body or environment: basically ones that don’t exhibit onerous side effect profiles.

Right now, we are encountering a growing number of private clinics coming forward to us wanting to include our therapies as part of their offering simply because their customers are explicitly requesting it. All of this is reflective of a real change in patient behaviour and a pointer to the direction in which healthcare is headed.

How did Labo’Life come into being in the first place?

It started with an entrepreneurial doctor in Belgium in the 1960s experimenting with small doses of immunological proteins and testing out the impact on immune system response by applying the technique both to himself and to his patients in a process of trial and improvement. Such practices would, of course, not be considered permissible or ethical in this day and age, but were tolerated back then, especially given the low dosage and corresponding absence of any demonstrable side effects.

The outcomes of these experiments ultimately appeared pretty compelling, so Labo’Life, in 1992, decided to get involved to help scale up the technology to an industrial pharmaceutical level and to subject the entire approach to clinical trials whereby the therapeutic efficacy could be objectively demonstrated and certified.

Our footprint has subsequently grown with a particular emphasis on the Belgian, Spanish and Italian markets where regulatory frameworks can be considered broadly welcoming to a disruptive and novel branch of medicine like this. The relocation of our headquarters to Mallorca came about at the behest of the local authorities on that island. We had originally been thinking of Barcelona, but the Balearic local government were keen to incentivise the establishment of high-tech, high value-added non pollutant businesses that can offer year-round employment, and offered us a very attractive proposition to establish our R&D and production facilities there.

How easy has it been to convince regulators of the merits and relevance of micro-immunotherapy?

Regulatory hurdles generally constitute a big barrier when trying to take a disruptive technology mainstream, and this is especially true in the life sciences sector. Regulatory authorities tend to be extremely cautious, sometimes to the detriment of patients, and are not always willing to back an approach that they haven’t seen before, even when the benefits accrued are evident for all to see.

The lack of a bespoke regulatory pathway for micro-immunotherapy in most markets has, at times, held back and impeded our progress in bringing these therapies to patients. In many markets, we find ourselves shoehorned into having to follow the regulatory path designed for homeopathy which can be quite unhelpful simply because that is not the core business we are in and can lead to misperceptions about what our therapy is about.

Ideally the European Union would put in place common, standardised rules governing the regulation of micro-immunotherapies, but at the moment, in accordance with the principle of subsidiarity, each member state can enforce their own interpretation of how to regulate our niche sub-sector and that gives rise to stark regional discrepancies and differences in bringing our products to market. However, having to encounter and surmount these types of barriers to entry are inherent to the task of being a disruptor and pioneer, and we are used to it.

Tell us about your main products and upcoming pipeline.

Our medicines contain nucleic acids (short sequences of DNA and RNA) and other immune-competent substances, such as cytokines, chemokines and growth factors. Some of our most in-demand products tend to be for chronic situations such as inflammations behind which there is a reactivation of a virus like the Epstein-Barr Virus (EBV) or the Human Papilloma Virus (HPV) that is blocking the immune system. Doctors deploy our products to eradicate that blockage thus enabling mainline protocolised approaches to work more effectively.

Meanwhile, we are pressing ahead on the R&D biotechnology side as we seek to source an ever better quality of immune system proteins. We are also continuously engaged in clinical research seeking to confirm, by means of reliable and reproducible experimental in vitro and in vivo data, the mode of action and the immuno-regulatory effect of our therapies.

How have you been engaging with practitioners and the medical community?

Initially, we had to be very active at conferences in championing micro-immunotherapy as a credible therapeutic approach. Nowadays, we find a lot of practitioners actually coming to us by word of mouth. Private clinics across Europe – usually in countries like Switzerland, Germany and Austria – have been reaching out to us seeking to integrate micro-immunotherapy into their offering. They will seek to train their medical staff in micro-immunotherapy, while we supply the treatments.

Doctors are increasingly interested in our sphere of medicine because many of their patients are living with chronic illnesses such as prolonged fatigue and have found the traditional approaches unsatisfactory. Their clients are seeking side-effect free solutions to bring their body back to a functional level without placing their body in any further jeopardy.

When will micro-immunotherapy gain sufficient critical mass to go mainstream?

When there is more political openness to choice in medicine and better understanding of the patient as a consumer. In the past, patients would automatically defer to the expert opinion of the doctor, but nowadays people are much more informed and wanting to take an active role in the management of their health. They are much more ready to take second and third opinions from practitioners and are explicitly seeking greater choice.

For many years Labo’Life was, as a first mover, ahead of the crest of the wave. However given societal changes afoot and advances in the understanding of medical science, I am confident we are very near that tipping point where our therapeutic approach really takes off and is commonly administered. 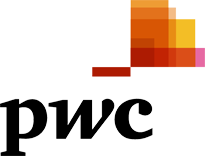 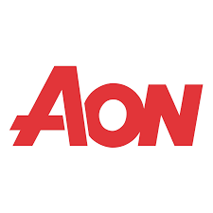 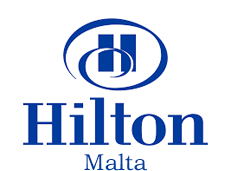 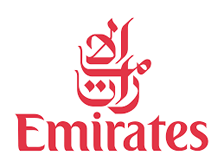