The CEO of FxPro, one of the largest players in the online FX industry, pushes for a change of industry practices. Spurred by the Swiss Franc shock, Charalambos Psimolophitis believes that it is time to come up with new rules and models to rebuild the reputation of the global FX industry.

As CEOs go, FxPro’s Charalambos Psimolophitis cuts an intriguing figure. The outspoken industry critic is to be found in the office at all hours, often sporting a pair of jeans, loafers and a polo shirt rather than the sharp suit that has become an industry uniform. Psimolophitis has sought to differentiate FxPro from its competitors – not just by changing the marketing message but the company’s business model.

When asked what his first moves were when he was promoted to CEO in 2012, he says: “It is a well-known fact that retail traders have a very hard time staying profitable, and I am not just talking about FX. All markets do a great job of putting the smaller investor at a disadvantage, without brokers having to manipulate the odds in their favour. At FxPro we have taken the long view, we believe that the only sustainable business model in this industry is to help your clients increase their odds of success, rather than ‘helping’ them burn through their accounts and then hounding your sales team to keep new deposits coming. We do not even run a sales desk in the traditional sense. Our people are far more client-oriented and act as relationship managers rather than being bonus driven. This is because our clients do not need to be sold on the idea of trading with us, they come to FxPro because they recognise the brand and know us as a reputable company that is here to stay. Brokers who have their sights set squarely on their clients’ deposits, and there are plenty of them in this business, do not seem to realise that traders are not an infinitely renewable resource. Treat them unfairly and not only will they start turning to other brokers, but eventually they will start turning away from FX altogether.”

When asked how FxPro can compete in an environment where certain parties may be playing by different rules, Psimolophitis says: “FxPro is more profitable per million traded than many of its close competitors. This is why volume comparisons can be misleading. What really matters is how much of that volume counts towards a broker’s profits. Over the years, we have built strong relationships with a large number of liquidity providers and implemented technologies that allow us to consume this liquidity in a far more efficient manner. The very structure of our company is geared towards identifying the strengths of our people and having them work together in the most effective combinations. Everything from our execution technologies to our online advertising campaign has been honed over time to maximise their efficiency.”

When it comes to the thorny topic of regulation, Psimolophitis is open and willing to explore the issue from a number of angles: “One of the problems we face is that no brokerage model is entirely devoid of – at least the possibility of – conflicts of interest. Even if you are not a market maker and act purely as an agent, a potential conflict still remains in that your profits stem from the trading activity of your clients. It is in your best interest for them to trade larger and more often, while it may not be in theirs. While regulators can do a lot more to ensure that brokers are treating their clients fairly and that we are all observing the same rules, it is the culture of the whole industry that is due for change. This is what we have been campaigning for on a number of fronts. Firstly, we take our regulatory obligations seriously and go over and above what is required of us. For instance, when the Swiss National Bank removed its EURCHF floor and sent the pair crashing, many clients’ accounts dropped into negative territory. We honoured our negative balance protection policy, even though this was not a regulatory requirement and took the hit ourselves. We also recently started publishing our slippage statistics in order to let the industry know that slippage is not just a one-way street. Many traders have never had the experience of being slipped negatively, whereas in February 53.8 per cent of FxPro clients, who were slipped, had the price go in their favour. In March, this figure dropped to 36 per cent, but only because 36 per cent of all orders were filled at the price quoted. What I am trying to illustrate is that a certain amount of responsibility falls squarely on the shoulders of each broker, and no amount of regulatory oversight can change this, especially considering that not all regulatory jurisdictions are created equal.”

The rise of retail trading has also led to the growth in a great deal of material on the topic of trading psychology. “Trading psychology is a fascinating subject. It is also a subject in which it is very easy to say a lot of basic things without ever having traded yourself. While most of the material you will find on the subject is good common sense stuff, ultimately it will not be of very much help to the novice trader. Most human beings are hard-wired in such a way that the market will quickly take everything they have. People have repeatedly been shown to be willing to take on more risk to avoid a loss than to make a gain. While you can see the logic of this asymmetry from an evolutionary standpoint, it is pretty much the opposite of what you should be doing when trading. Couple this with the ubiquitous fear of missing out and you have a recipe for disaster. It is the reason that most beginners end up buying high and selling low, then holding on to these positions as they steadily eat into their margin and gradually wipe them out.”

On the enormous and ever-growing popularity of FX trading, Psimolophitis takes a more balanced view of the circumstances that have led to the industry’s growth. “The explosion of high-bandwidth connectivity and the revolutions in computing hardware over the past few decades have led to the exponential growth of FX trading. However, and I cannot stress this enough, this by no means guarantees that FX will continue to be the most accessible and most popular instrument for retail traders. The continued popularity of FX is entirely contingent on the industry itself being able to foster an environment of fairness and transparency. This is why we are so adamant about this issue at FxPro, we do not want to look back to the mid-to-late 2000s as the boom period of FX, but like to think that the real boom in retail FX is yet to come.”

A New Era for Forex

The US$5.3 trillion-a-day foreign exchange market is undergoing rapid change as a result of technology and new regulation. While high profit-making opportunities in the world’s largest financial market attract many traders, they demand to do business with sound financial institutions that offer transparency across each transaction.

The CEO of FxPro, one of the largest players in the online FX industry, pushes for a change of industry practices. Spurred by the Swiss Franc shock, Charalambos Psimolophitis believes that it is time to come up with new rules and models to rebuild the reputation of the global FX industry.

The Golden Rules of FX Trading

OctaFX has elevated itself into an enviable position as a respected FX broker. The company highlights that investing in forex offers great opportunities and gives novice traders some valuable advice to get over the learning curve.

Making a Mark in Asia

China is one of the world’s largest economies, and Cyprusbased company PriorFX is gearing up to cater to the ever-increasing appetite of clients in the Asian republic. 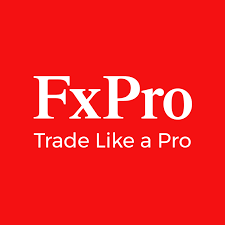