Gozo: The Isle of Plenty

Gozo is becoming home to a growing community of globe-trotting digital nomads and world-class professionals, who are being lured by the charms of this exotic island paradise.

Welcome to Gozo, the slow-paced charmer of the Maltese Islands. Boarded by the blue waters of the Mediterranean Sea, Malta’s second island has generally been more of a stop-off point for travellers coming to the main island or a place for foreigners to buy a second home.  In the last few years, however, the island has developed a reputation of a hip destination in its own right. Tourism is clearly an area of strength for Gozo, and it is expected to remain the corner stone of the island’s economy well into the future. Traditionally a quaint holiday destination, the island is now developing into a hotspot for a whole new generation of entrepreneurs, digital nomads, freelancers and professionals who leverage their location independence to indulge in travel and adventure. But digital nomads working as marketers, web developers, tech support, online business owners, writers and accountants are just one face of Gozo’s new identity. The island is also attracting blockchain & cryptocurrency companies, gaming, R&D and is now home to a top tier medical school.

What do Odysseus, a megalithic temple older than the pyramids in Egypt, and the Knights of Malta have in common? The answer is Gozo. Malta’s little seven-mile-long sister isle is the second largest island of the archipelago with a population of around 30,000 people. The island’s fortified capital Victoria is situated on the highest point of Gozo. The attractive little town is still sometimes referred as Rabat, the capital’s original Arabic name. The island is more rural than its urban neighbour, planted by cactuses, herbs and olive trees. The beautiful bays, the green hills and the impressive rock formations give the island a unique beauty – no wonder Odysseus stayed here for seven years. Homer’s island of Ogygia in the Odyssey is believed to be Gozo. The island also claims to have the oldest freestanding structures in the world. The Ggantija Temples in Xaghra date back to approximately 3,600BC.

Tourism has long been an important source of income for the people of Gozo. However, Malta’s main island has often stolen the limelight in past decades, which means Gozo has remained a quiet destination, ideal for relaxing at the beach, hiking through the countryside and discover architectural and cultural treasures. Although tourism numbers are on the rise–in 2017 the island attracted close to 215,000 visitors, an increase of 13% over 2016, Gozo never feels crowded. Besides, ecotourism is high on the agenda, and Gozo’s green credentials have been given a boost after it won the prize of best sustainable destination in the Mediterranean earlier in 2018. Gozo is truly an outdoor playground, promoting small and sustainable niches – adventure sports such as diving, kayaking and climbing as well as cultural tourism. Medical tourism is another type of tourism-market that Gozo is  resolved  to conquer after an investment in health infrastructure by US firm Steward Healthcare.

However, Gozo is more than just tourism. The island is luring service companies in sectors such as IT and financial services, much like its bigger sister Malta. RS2, a global payment software and managed service provider, and KPMG, one of the Big Four international audit firms, have already set up shop on the island. In addition, Barts and The London School of Medicine and Dentistry have opened a campus on the island, attracting medical students seeking the Barts undergraduate experience while living in the Mediterranean. Going forward, the island has ambitious plans to attract companies in areas such as gaming, blockchain and education. Entrepreneurs choosing to locate in Gozo can benefit from more advantages tax credits, and the island is a great economic opportunity for businesses seeking to modernise, digitalise,  innovate and grow.

Gozo has also quietly risen to digital nomad friendly status over the last few years. Gozo isn’t a conventional working place — it is an office with clean air, fine weather and nature tours as well as a chance of outings in charming villages or lounging by the sea. Particularly favoured by professionals who want to escape the daily distractions of big city life, Gozo offers fast and reliable internet connections and a moderate cost of living. Remote-working professionals, as well as entire teams, have already chosen to set up their temporary base on the island to focus on high value projects. To support this scene, as well as to boost its own credentials as an attractive hub for high-tech companies, Gozo plans to lay a second fibre optic cable to increase reliability of service and is opening a new state-of-the-art tech park.

Gozo is not only popular with those looking for a temporary location but has also attracted foreign entrepreneurs and artistic-type expats who decided to relocate to the island in search of a slower pace of life. In much the same way, Gozo has become the island of choice for a growing number of high-net-worth individuals and retirees. With a wide selection of farmhouses and modern apartments, finding property to live and invest in is an easy affair.  Given the attraction of Malta’s visa, residency and citizenship programmes, it is hardly surprising that the interest for Gozo’s property market keeps growing. Buying property is one of the criteria to obtain residency status, and lower investment thresholds apply to Gozo than to the main island. To increase Gozo’s appeal as a business and residency location even further, infrastructure upgrades are envisaged. Thus far, it takes a 20-minute ferry ride from Malta to reach Gozo.  However, increasing accessibility is an important priority, and the Government is considering the construction of an undersea tunnel between Malta and Gozo to link the two islands in a more effective way.

Gozo seeks to retain its rural ethos but is readying itself to support a more refined business eco-system. Gozo cannot be a location for large industrial complexes but it can offer a space for inspiration and innovation. The island has certainly changed in recent years, but the real,  authentic Gozo is still very much alive. Gozo today is a place where bohemian vibes mingle with local traditions and an increasingly global lifestyle. 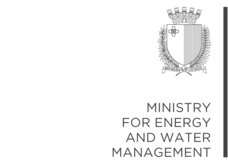 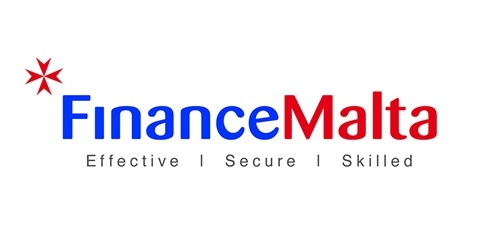