Skip to content
Towards a New Era of Prosperity

Towards a New Era of Prosperity

Mauritius’ Prime Minister Sir Anerood Jugnauth, a veteran politician who is currently in his sixth term since his first appointment in 1982, has laid out an economic vision for the small island that will see it develop into an innovation-driven commercial hub in the Indian Ocean and a gateway to Africa.

You are widely credited with creating the first economic miracle in the 1980s that has made Mauritius an economic success story. Could you give a brief overview of Mauritius’ economic achievements?

Mauritius has come a long way. When I became Prime Minister for the first time in 1982, the Mauritian economy was very weak and poverty rates were high. The challenges facing the young Mauritian nation were enormous. Many said we were doomed. Yet we built a prosperous Mauritius which was cited worldwide as an example of socioeconomic achievement. We transformed a mono-crop economy based on sugar into a multi-pillar economy with at least five main growth poles, namely agriculture, tourism, manufacturing, freeport and financial services. We privileged entrepreneurship across all of the sectors. During the 80s, Mauritius benefitted from the skills and know-how of foreign firms that had been given incentives to invest in Mauritius. This technology transfer resulted in a new breed of local entrepreneurs who developed their own businesses and made use of trade preferences negotiated by the Government to expand their markets. In a nutshell, the first economic miracle was the result of strong leadership and commitment, visionary measures, judicious fiscal, monetary and exchange rate management policies, ambitious targets as well as a close collaboration between Government, the private sector and the population at large.

What have you set as your economic priorities for the next years?

The economic agenda of my present Government focuses on the same fundamentals: making Mauritius again a seedbed for entrepreneurship. We are offering SMEs strong support, including loans at preferential rates, as well as assistance to start or expand their businesses. In addition, we are welcoming foreign talent as well as Mauritians who have gained skills abroad. Finally, we are diversifying our economy once again in new sectors, such as the Ocean Economy and in Smart Cities, as well expanding our markets to Africa and beyond. We are focusing on technology and innovation to drive the next wave of economic growth.

What role will the Ocean Economy play in ensuring Mauritius’ continued wellbeing?

I strongly believe that the future of Mauritius lies in the untapped wealth of our ocean. Our blue economy can create some 25,000 jobs and attract investment of €540 million. Mauritius boasts an exclusive economic zone that represents nearly 1% of the world’s oceans, and the Ocean to which we belong is home to the second largest tuna stock in the world. The annual aquaculture potential for the southwestern region of Mauritius exceeds 10,000 tons alone. Our deep seawater is extremely cold and nutrient rich, which makes it a natural asset for Deep Ocean Water Applications (DOWA) such as seawater air conditioning, high-end aquaculture, thalassotherapy, premium bottled water, pharmaceuticals and cosmetics. Every year, around 30,000 ships cruise through our maritime waters, increasing Port Louis’ potential as a hub for various port-related activities, such as bunkering and ship handling. Finally, the recent discoveries of offshore oil and gas in Mozambique, Madagascar, Tanzania and Kenya, and the high likelihood of similar discoveries in our zone, make our seabeds strategic assets.

Companies interested in investing in the sector can rest assured that they will receive all the support, as we have already implemented the necessary infrastructure to administer and manage those projects. The Government of Mauritius will also invest €225 million to revamp and double the size of our port, develop a new fishing port with a shoreline of 1.5 km, and overhaul our maritime services, such as the Ship Registry, and transshipment facilities.

Germany is a manufacturing powerhouse and Mauritius has built a diversified manufacturing base over the last decades.How do you see this sector developing?

Mauritius is currently gearing up in the field of mechanical and precision engineering – we are notably seeing a very keen interest from the international community in the subsectors of medical devices manufacturing, component manufacturing, and instrumentation such as pH meters, and sugar level monitoring devices, amongst others. My Government is prepared and ready to go the extra mile to ensure that this very niche segment of the manufacturing sector is well nurtured and can blossom into an internationally recognised industry of Mauritius.

As an FDI location, what kind of investments would you like to attract, and why should Mauritius be on the agenda of foreign companies and investors?

We would like to increase the quality rather than the quantity of investment. We are looking for the right types of investment and are seeking to attract FDI into higher value added services including R&D, Business Process Outsourcing as well as high-technology and high-growth industries such as ICT, financial services, biotechnology and renewable energy. We are also seeking investment in terms of knowledge transfer, as we develop new areas of growth to ensure sustainable growth. We offer foreign investors an attractive package, consisting of a flat tax rate of 15% on income, as well as preferential access to global markets based on our membership in international organisations and our trade agreements. Mauritius also has a very stable economy and currency, rule of law, and democracy. We also have competitive factor costs, at the crossroads of Asia and Africa, and close to Australia, modern infrastructure for setting up factories, modern Freeport and logistics facilities, sea and air connectivity through major shipping lines and airlines, as well as streamlined procedures for the recruitment of expatriates and foreign labour.

What level of importance is your Government placing on Public-Private Partnerships (PPPs) to develop Mauritius’ infrastructure?

PPPs are important for boosting the level of economic activity, and we have already initiated several projects that warrant close collaboration between the Government and the private sector. Amongst others, they include the Heritage City, which will be a Smart City incorporating Governmental agencies, Ministries and other administrations, and which will be developed by a private consortium. We will also be working with private partners in the water sector, including the upgrading of pipelines and the building of dams. We are also considering PPPs for the port expansion, which will be a landmark infrastructural project in our economic history. We are also committed to strengthening ties between the private and public sector in areas such as renewable energy, the ocean economy and ICT.

Looking to the future, how would you like Mauritius to develop in the light of your Government’s Vision 2030?

The goal is a SMART Mauritius, and the key to achieving this goal is developing new sectors of growth while consolidating existing ones. We are providing highly talented people, both from Mauritius and abroad, the opportunity to work and live in Smart Cities. Several high value added sectors, such as financial services, high precision manufacturing and ICT can find a new home in those cities that will offer state-of-the-art infrastructure and latest technology. At the same time, we are consolidating our manufacturing sector. The textile sector is moving into high value-addition niche markets such as technical textiles. We are also promoting investment in medical equipment, light manufacturing and jewellery amongst others. The objective is to bring the sector back to represent 25% of the economy. Our ocean economy also has the capacity of significantly increasing our GDP. The tourism sector is constantly enhancing the attractiveness of the Mauritian destination and making inroads into new markets in Europe, Asia and Africa. In parallel, we are developing new products for financial services, cementing Mauritius’ position as financial hub for Africa.

Mauritius’ emerging ocean economy is attracting attention as it is set to unlock investments of €540 million.

Mauritius has constantly been reinventing itself. By leveraging its strategic position at the crossroads of Africa, Asia and Australia, the Indian Ocean island is gradually transforming itself into a business hub and an international jurisdiction for investors in search of security and transparent regulation.

Towards a New Era of Prosperity

Mauritius’ Prime Minister Sir Anerood Jugnauth, a veteran politician who is currently in his sixth term since his first appointment in 1982, has laid out an economic vision for the small island that will see it develop into an innovation-driven commercial hub in the Indian Ocean and a gateway to Africa.

Having shaken up its image with a rebranding campaign, Sun Resorts has maintained its place as one of the top names in Mauritius’ tourism industry. Patrick Lan, Group Director of Sales & Marketing, explains why Sun Resorts is a popular choice with German tourists. 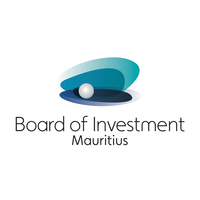 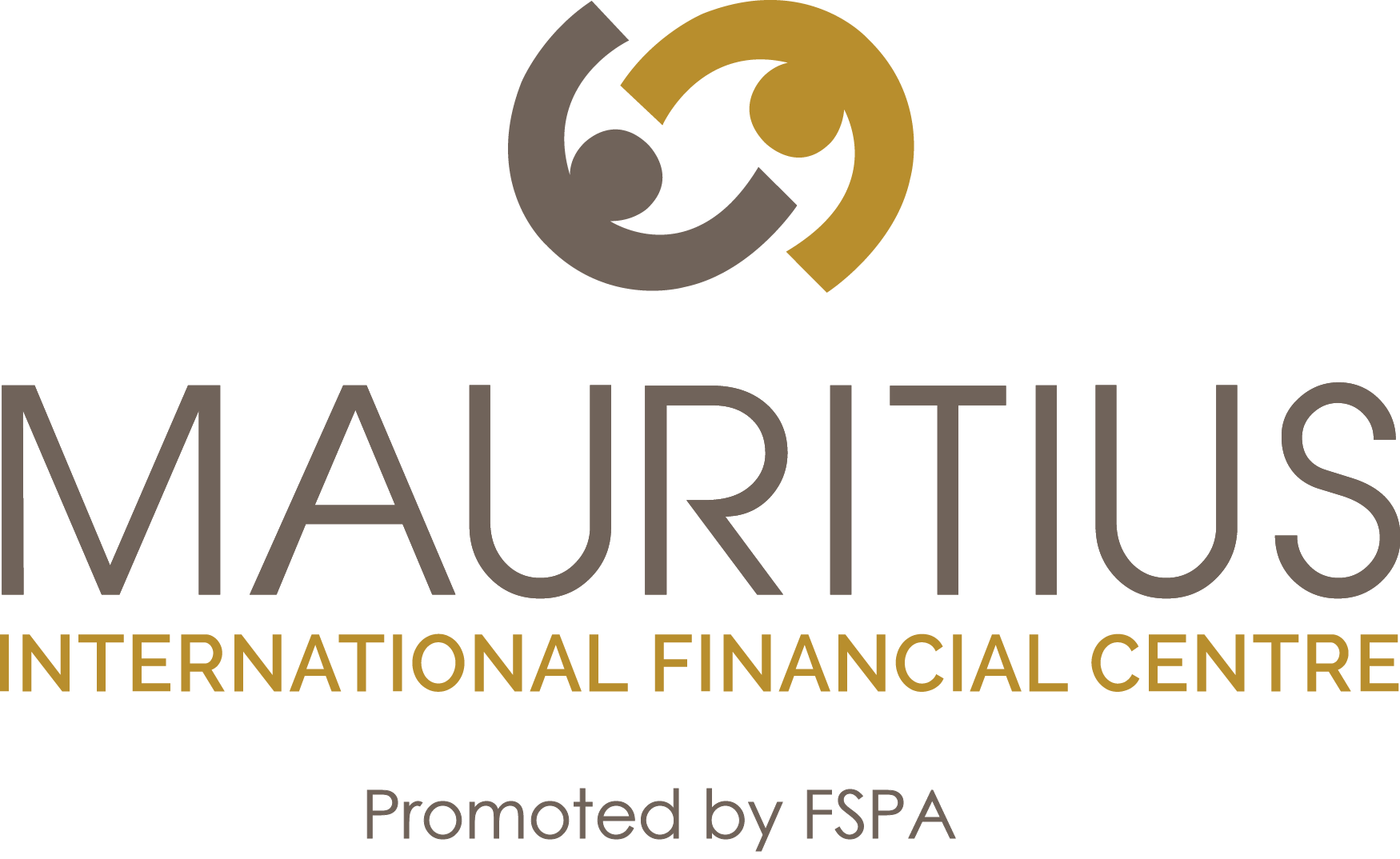 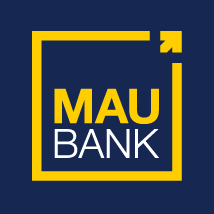 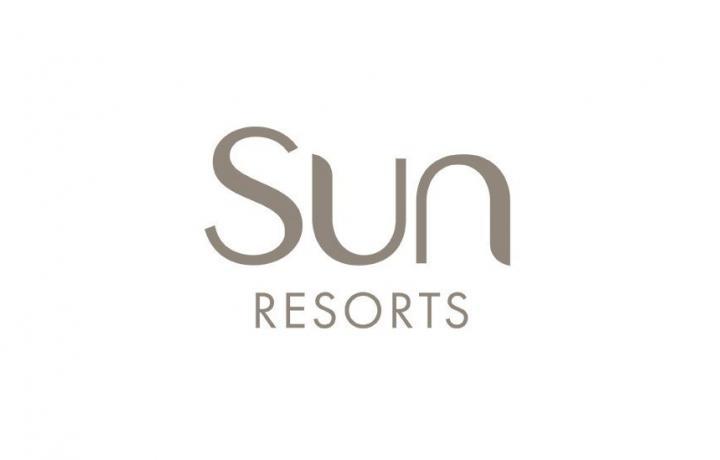